Our first game has reached itch! 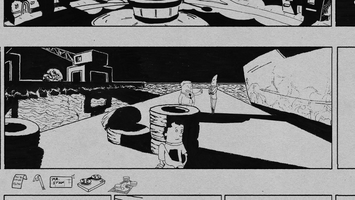 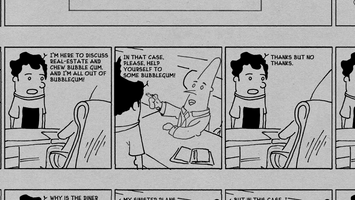 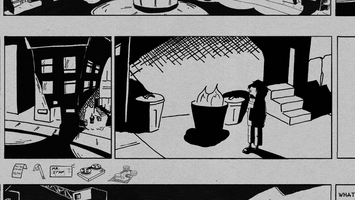 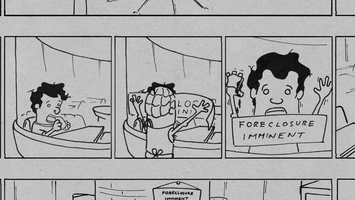 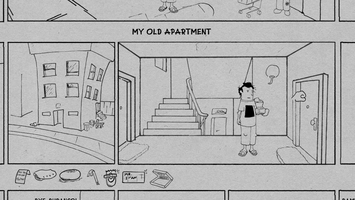 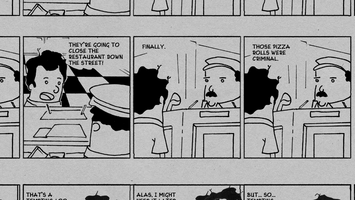 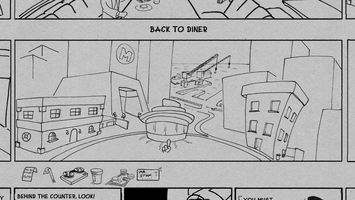 This is the first game of our studio (and our first game on this platform) so we hope you like it!

It's an interactive comic telling a short, whimsical tale, inspired by daily comics such as Dilbert or Calvin & Hobbes, with fun logic-driven gameplay of point and click adventures.  An "interactive comic" means that every player interaction in the game world (such as talking, picking up items, using objects etc.) creates a new comic panel, furthering the story. When the player ends the game, he is given the option to print out his gameplay in comic book format. There have been attempts to combine comics and video games before, but we think this particular kind of crossover is currently unique in the gaming world. It blends the game mechanics seamlessly with the experience of reading a comic – at any time during the game you can scroll up and read the previous pages, the in-game conversations mimic the “3 panel structure” of daily comics, etc.

The story of the comic is a light-hearted comedy with whimsical, dry and sometimes weird humour. It follows the protagonist who has been living inside a 24/7 diner for the last ten years (since 1981 to 1991), off of a single "All You Can Eat" coupon. Now, the diner is about to close for good and he is going to end up on the street unless he finds a way to keep the diner open. The game features hundreds of unique panels but the entire story can be finished in under an hour.

Get All You Can Eat

All You Can Eat